About the Brentano String Quartet 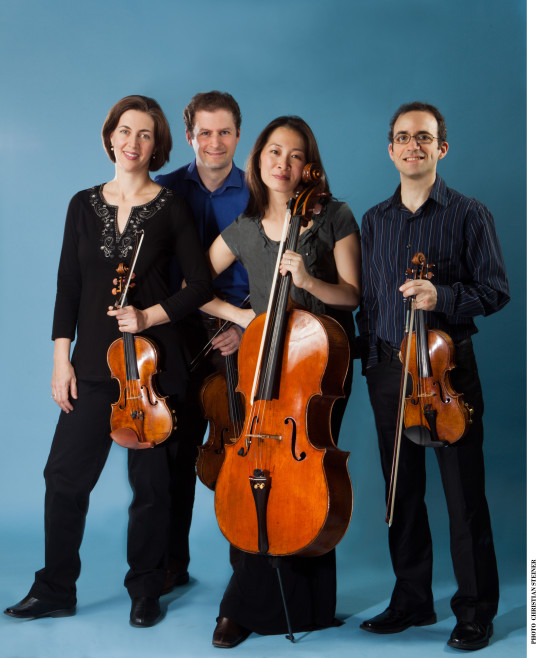 Since its inception in 1992, the Brentano String Quartet has appeared throughout the world to popular and critical acclaim. “Passionate, uninhibited and spellbinding,” raves the London Independent; the New York Times extols its “luxuriously warm sound [and] yearning lyricism”; the Philadelphia Inquirer praises its “seemingly infallible instincts for finding the center of gravity in every phrase and musical gesture”; and the Times (London) opines, “the Brentanos are a magnificent string quartet…This was wonderful, selfless music-making.” The Quartet has performed across five continents in the world’s most prestigious venues, including Carnegie Hall in New York; the Library of Congress in Washington; the Concertgebouw in Amsterdam; the Konzerthaus in Vienna; Tokyo’s Suntory hall; and the Sydney Opera House. Festival appearances include Aspen, the Ojai Music Festival, the Edinburgh Festival, the Kuhmo Festival in Finland, and the Seoul Spring Festival of Chamber Music.

The Quartet has launched numerous projects that reimagine the standard concert program. In 2002, they celebrated their tenth anniversary by commissioning ten composers to write companion pieces for selections from Bach’s Art of Fugue, the result of which was an electrifying and wide-ranging single concert program. Fourteen years later, they revisited Bach’s masterpiece, performing the entire work in an ambitious multimedia project at the 92nd Street Y in New York with dancers, narrated excerpts, and an installation by artist Gabriel Calatrava. Recently, the Quartet presented a second multimedia project at the Y, which juxtaposed the poetry of Wallace Stevens with late Beethoven and music by composer Martin Bresnick. Other projects have included a three-program examination of Late Style, presented at Carnegie Hall; a program surveying the music of lamentation over the last 300 years crowned by Bartók’s Second Quartet; and numerous adaptations of music from Renaissance and early Baroque, including works by Josquin, Gesualdo, Purcell and Monteverdi.

The Quartet has been privileged to collaborate with such artists as soprano Jessye Norman, mezzo-soprano Joyce DiDonato, as well as pianists Jonathan Biss, Richard Goode and Mitsuko Uchida. The Quartet also maintains a strong commitment to new music, and has expanded the quartet canon by commissioning works from some of the most important composers of our time, among them Bruce Adolphe, Matthew Aucoin, Gabriela Frank, Stephen Hartke, Vijay Iyer, Steven Mackey, and Charles Wuorinen. Upcoming commissions and collaborations include a new quartet from Chinese composer Lei Liang; a viola quintet from James MacMillan; and a large-scale dramatic work, “Dido Reimagined,” based on the story of Dido and Aeneas, from composer Melinda Wagner and librettist Stephanie Fleischmann, to be performed with soprano Dawn Upshaw.

Dedicated and highly sought after as educators, the Quartet are currently Artists-in-Residence at the Yale School of Music, where they perform in concert each semester, work closely with students in chamber music contexts, and spearhead the instruction at the Norfolk Chamber Music Festival in the summers. The Quartet has given numerous master classes and workshops across the country, and returns annually to the Taos School of Music as visiting faculty. In 2013 and 2017, the Quartet assisted at the Cliburn International Piano Competition, performing quintets with competitors in the final rounds. Before coming to Yale, the Quartet served for fifteen years as Ensemble-in-Residence at Princeton University.

The Quartet has recorded extensively, releasing discs of quartets by Haydn, Mozart and Beethoven, as well as a recording of the Schubert Cello Quintet with Michael Kannen. The Quartet has also recorded music by several contemporary composers, among them Bruce Adolphe, Chou Wen-chung, Steven Mackey and Charles Wuorinen. The Quartet’s recording of Beethoven’s Quartet, Op. 131 was featured in the film “A Late Quartet,” starring Philip Seymour Hoffman and Christopher Walken, released in 2012. In 2017, they recorded a live album with Joyce DiDonato, “Into the Fire—Live from Wigmore Hall,” which included works by Strauss, Debussy, Guillaume Lekeu and Jake Heggie for Warner Classics. Their most recent release features the K. 428 and K. 465 (“Dissonance”) Quartets of Mozart for the Azica label.

Awards and honors include the first Cleveland Quartet Award (1995); the Naumburg Chamber Music Award (1995); inaugural members of Chamber Music Society Two at the CMS of Lincoln Center (1996); and the Royal Philharmonic Award for Most Outstanding Debut (at Wigmore Hall in 1997.)

The Quartet is named for Antonie Brentano, whom many scholars consider to be Beethoven’s “Immortal Beloved”, the intended recipient of his famous love confession. 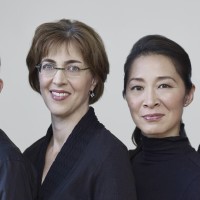 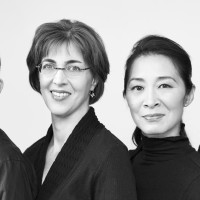 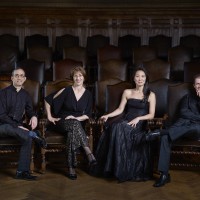 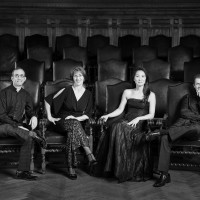 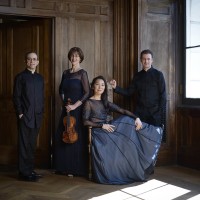 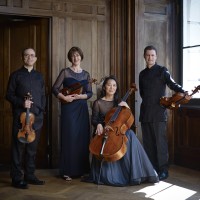 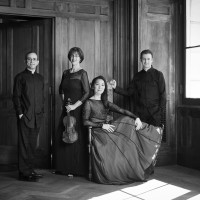 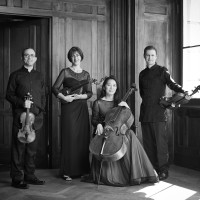 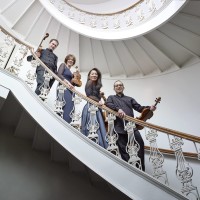 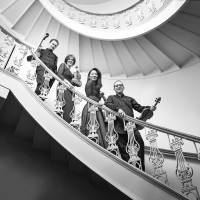 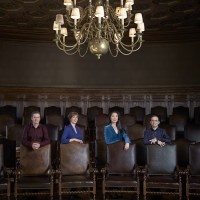 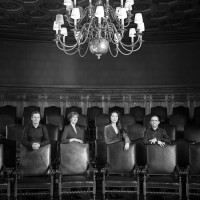 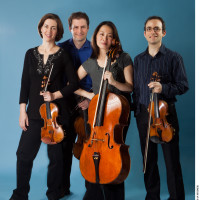 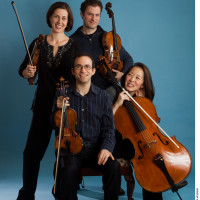 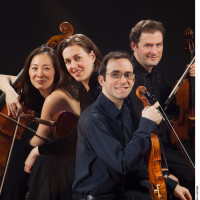 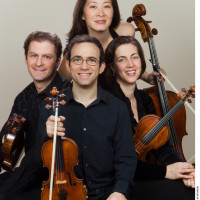 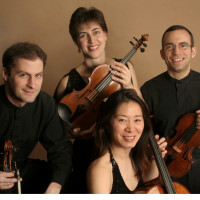 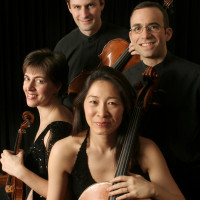 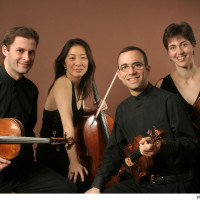 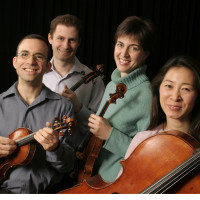 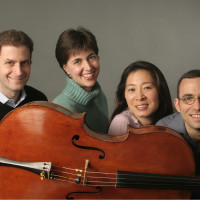 Since winning the 1991 Naumburg Viola Award, Misha Amory has been active as a soloist and chamber musician. He has performed with orchestras in the United States and Europe, and has been presented in recital at New York’s Tully Hall, Los Angeles’ Ambassador series, Philadelphia’s Mozart on the Square festival, Boston’s Gardner Museum, Houston’s Da Camera series and Washington’s Phillips Collection. He has been invited to perform at the Marlboro Festival, the Seattle Chamber Music Festival, the Vancouver Festival, the Chamber Music Society at Lincoln Center and the Boston Chamber Music Society, and he has released a recording of Hindemith sonatas on the Musical Heritage Society label. Mr. Amory holds degrees from Yale University and the Juilliard School; his principal teachers were Heidi Castleman, Caroline Levine and Samuel Rhodes. Himself a dedicated teacher, Mr. Amory serves on the faculties of the Juilliard School in New York City and the Curtis Institute in Philadelphia.

Violinist Serena Canin was born into a family of professional musicians in New York City. An accomplished chamber musician, Ms. Canin was twice invited to the Marlboro Music Festival and has toured the United States with Music From Marlboro, the Brandenburg Ensemble, and Goliard Concerts. In New York, she has made frequent appearances on the Continuum Series at Alice Tully Hall and at the Mannes Beethoven Institute. Ms. Canin has taught chamber music to young musicians at the Chamber Music Society of Lincoln Center and the Chamber Music Center of New York. She holds degrees from Swarthmore College and the Juilliard School, where her principal teachers were Burton Kaplan and Robert Mann. She lives in Manhattan with her husband, pianist Thomas Sauer, and their two sons.

An active chamber musician, Nina Lee has collaborated with many artists such as Felix Galimir, Jaime Laredo, David Soyer, Nobuko Imai, Isidore Cohen and Mitsuko Uchida, and has performed at the Marlboro and Tanglewood Music Festivals. She has toured with Musicians from Marlboro and has participated in the El Paso International Chamber Music Festival. She is the recipient of a Music Certificate from the Curtis Institute of Music, and Bachelor’s and Master’s degrees in music from the Juilliard School, where her teacher was Joel Krosnick. Ms. Lee teaches at Princeton University and Columbia University.

Mark Steinberg is an active chamber musician and recitalist. He has been heard in chamber music festivals in Holland, Germany, Austria, and France and participated for four summers in the Marlboro Music Festival, with which he has toured extensively. He has also appeared in the El Paso Festival, on the Bargemusic series in New York, at Chamber Music Northwest, with the Chamber Music Society of Lincoln Center, and in trio and duo concerts with pianist Mitsuko Uchida, with whom he presented the complete Mozart sonata cycle in London’s Wigmore Hall in 2001, with additional recitals in other cities, a project that continues for the next few years. Mr. Steinberg has been soloist with the London Philharmonia, the Los Angeles Philharmonic, the Kansas City Camerata, the Auckland Philharmonia, and the Philadelphia Concerto Soloists, with conductors such as Kurt Sanderling, Esa-Pekka Salonen and Miguel Harth-Bedoya. Mark Steinberg holds degrees from Indiana University and The Juilliard School and has studied with Louise Behrend, Josef Gingold, and Robert Mann. An advocate of contemporary music, Mr. Steinberg has worked closely with many composers and has performed with 20th century music ensembles including the Guild of Composers, the Da Capo Chamber Players, Speculum Musicae, and Continuum, with which he has recorded and toured extensively in the U.S. and Europe. He has also performed and recorded chamber music on period instruments with the Helicon Ensemble, the Four Nations Ensemble, and the Smithsonian Institute. He has taught at Juilliard’s Pre-College division, at Princeton University, and New York University, and is currently on the violin faculty of the Mannes College of Music.